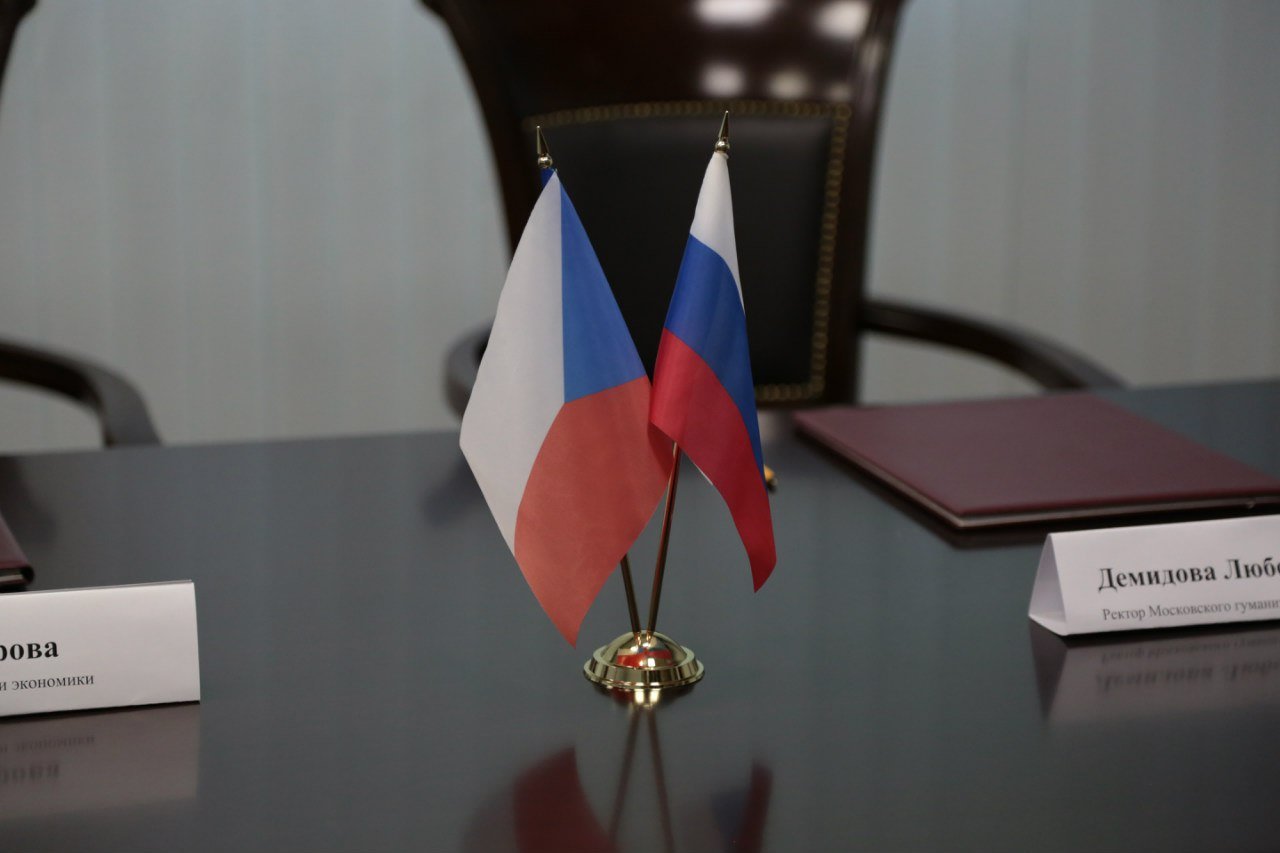 The Rector of the Moscow Humanitarian-Economic University, doctor of education, professor Ms. Liubov Demidova at the invitation of the head of the Russian-Czech project "Academy Learning" Mr. Josef Mraz has visited the capital of the Czech Republic Prague and took part in the meeting of the Academic Board of the project "Academy Learning", held twice a year, alternately in Prague and in Moscow.

The project is developed under the patronage of Minister of Industry and Trade of the Czech Republic and with the active support of the mayor of Moscow Sergey Sobyanin and the Mayor of Prague Adriana Krnacova.

The project started in 2012. The initiators were the University of Economics in Prague, Moscow City University of Management of the Moscow City Government, the Czech non-profit educational organization "Academy Center".

October 8, 2015 in Prague, at the meeting of the Academic Board of the project "Academy Learning" has been decided to take in the project as partners five other leading Czech and Russian universities. Among these organizations are the Moscow Humanitarian-Economic University, the Higher School of Economics in Prague, the University of Technology and Economy in Ceske Budejovice, the Russian Presidential Academy of National Economy and Public Administration, the Ural Federal University.

Moreover, the Moscow Chamber of Commerce and Industry, the Chamber of Commerce in Prague, the Czech Export Bank, two Agencies for foreign economic and investment activities of the Ministry of Industry and Trade of the Czech Republic - "CzechTrade" and "CzechInvest", take participate in implementation of scientific and educational programs.

In her speech at a meeting of the Academic Board of the project "Academy Learning" the rector of the Moscow Humanitarian-Economic University Ms.Demidova, noted that it is a great honor for the Moscow Humanitarian-Economic University to participate in such large-scale international project. She also assured the audience that the University and its fourteenth affiliates, located in the biggest Russian regions, will use their own material and technical basis for the implementation of joint educational and research projects.