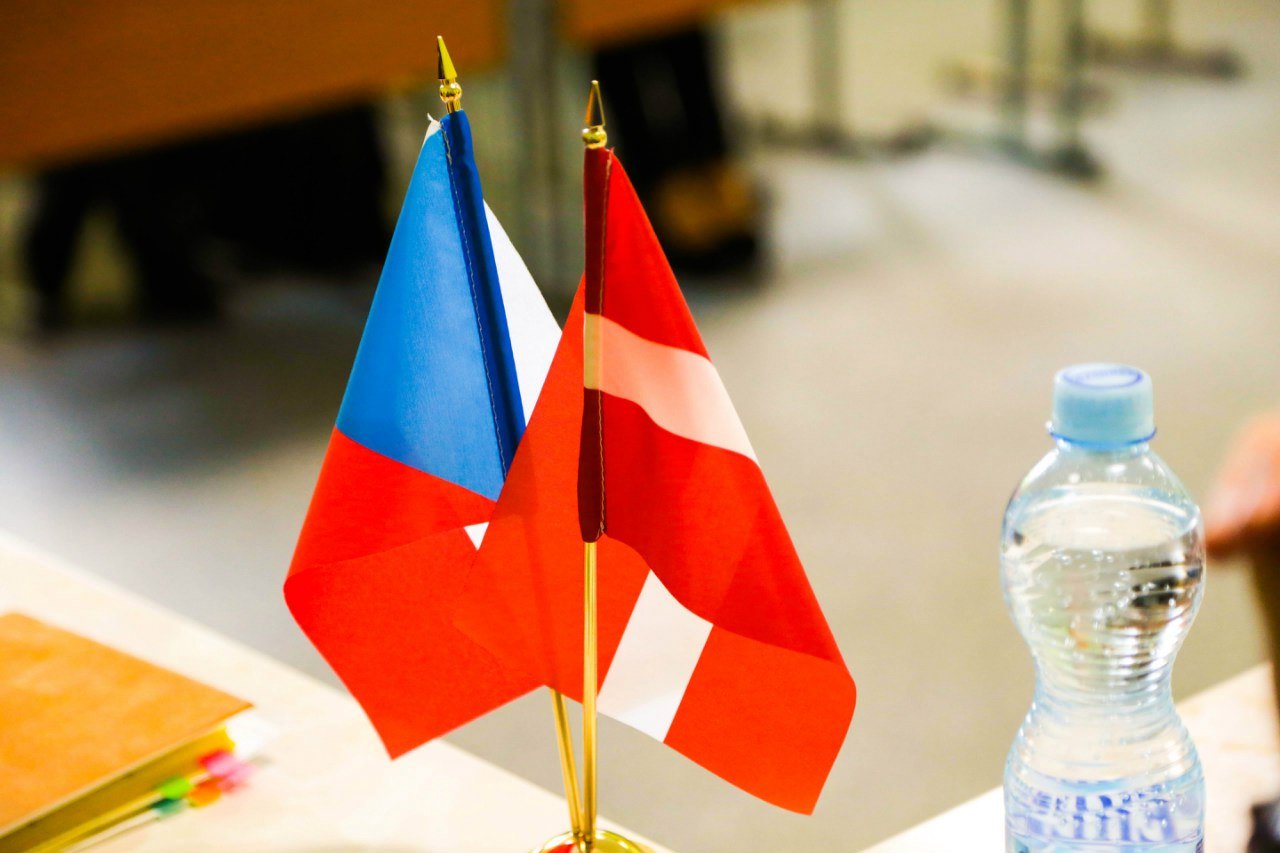 October, 29 - 31, 2015 - A delegation of the Moscow Humanitarian-Economic University, headed by the rector, professor Luibov Demidova, visited Riga - the capital of the Republic of Latvia. The delegation took part in the events of the program "Days of Moscow in Riga", organized by the Government Moscow and the Riga City Council.

In October 30, 2015 at the invitation of the President of the Senate of the Baltic International Academy professor Stanislav Buka the Moscow delegation visited the Academy and had meetings with the governance of the academy, the teaching staff and student representatives. The members of the delegation visited the Library of the Academy and got acquainted with the unique collection of rare books. Also they visited two academy's museums - the Memorial Museum of Nicholas Rerich and the Memorial Museum of Vladimir Vysotsky.

On the same day an agreement of cooperation between the Baltic International Academy and the Moscow Humanitarian-Economic University was singed.

On October, 31, 2015 the rector of the Moscow Humanitarian-Economic University Liubov Demidova made a speech at the meeting with the Russian compatriots living in Latvia. The meeting was hold at the House of Moscow in Riga.